We have only been carrying Giant E-Bikes since last April, and they have quickly become are best selling brand.  In both the comfort cruiser category (the LaFree E + 1 and 2) and the 28 mph performance E-Bikes, the Quick E and Road E, the reception by are customers has been very enthusiastic.

This week, we received 8 2020 Giants.  Now we once again have the performance models back in stock, and we have replenished our almost depleted stock of LaFree models. 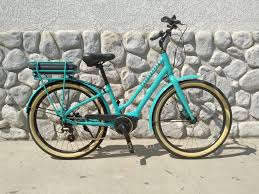 The LaFree, which comes in two configurations, is unchanged from the 2019 model.  At $2000 for the LaFree E+ 2, and $2400 for the fully equipped LaFree E+1, they represent incredibly well priced center drive E-Bikes.  For that money, you would think they were made in China, like almost all $1500 to $2500 E-Bikes. But they are not. Shown in Seafaom, the LaFree models are also available in Navy Blue and Black.

The Quick E, as great as it was, has been substantially improved, and renamed, the Fast Road E.  Still a 28 mph machine, but with a quieter, more powerful Yamaha motor, quicker off the line, and up steep hills.  The drive train has been upgraded from Shimano Deore to GRX, 11 speeds instead of 10, more rugged components, and 160 mm disc brakes.  Also, there is a second, optional battery that installs in seconds on the down tube, when you want more range. It has the largest standard charger in the business, 6 amp hours, which will get you 80 percent charged in 90 minutes.  We do not think there is anything on the market which delivers so much performance and quality for anywhere near the MSRP of $3500. 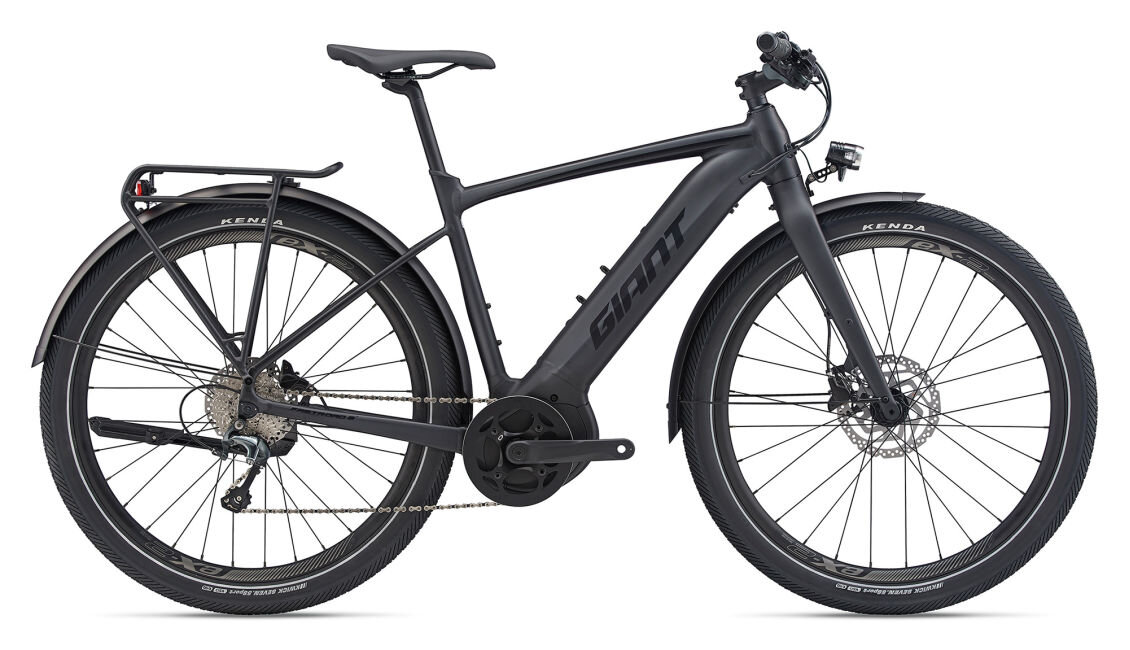 Also new for 2020 is the Revolt E +, which , replaces  the Road E. More and more of our customers are buying Gravel E-bikes.  They combine the ergonomics of a true Road Bike with a wider tire, and more rugged build.   Its a great hybrid, aggressive riding position, but tires that can handle moderate off road conditions, as well as brutal on road conditions, like many of our local streets.

Like the Fast Road E, the Revolt E + has the faster and quieter upgraded Yamaha motor, the GRX  drive train and 160 mm discs. The GRX on the Revolt is set up to permit upt to 170 cadence with full electric power for riding up ultra steep slopes.   It is also available with the additional battery, called the Energy Pack Range Extender, and comes standard with the ultra fast 6 amp charger also included with the Fast Road E.  The AluuXX Giant frame is handcrafted, and was developed for Giant’s $6000 full suspension Mountain Bike. We think the frame and the deep metallic green color, is probably the best looking E-Bike in the store, although tastes vary.  Revolt comes without fenders, in classic Gravel style, but Giant, which makes an accessory for everything, has a dedicated fender set available.

Come in and check out the new Giant’s. 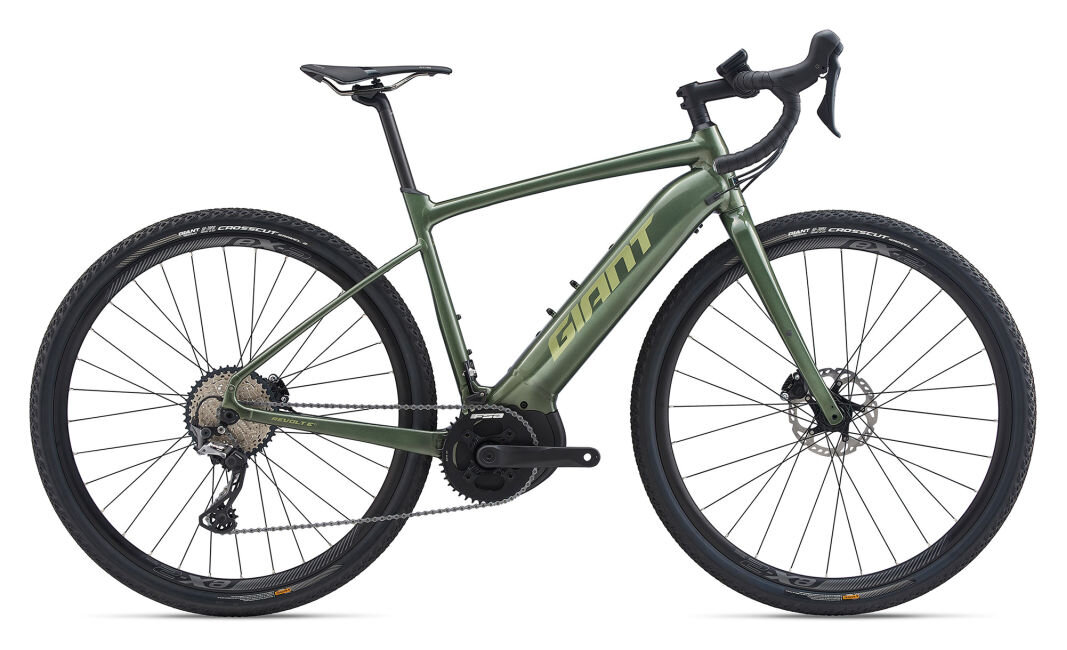